On 30 September 2015, with the support of the Council of Europe the website of the Government Representation before the European Court of Human Rights has been officially launched.

The main aim for the creation of the website is making the execution of the judgments rendered by the European Court more efficient, in line with the new principles adopted by the Council of Europe Committee of Ministers based on the Brussels Declaration. It anticipates a re-evaluation of the rule of the Government Agent before the European Court, which presumes undertaking the organization of the process of implementation of legal policies set by the Court's judgments and European human rights standards into the domestic legal system.

The reason of the adoption of such new approaches is the fact that the Council of Europe is facing the challenge of improving the efficiency of the activities of ECtHR. Particularly, the increase in the number of applications has led to delays in handling the complaints and resulted in undermining of the regulatory influence of the legal policies of the Court. This is the situation that prompted the Council of Europe Committee of Ministers to promote new principles that are aimed at the improvement of the State legal system, which itself will benefit the increase in the efficiency of the activities of the ECtHR.

The successful implementation of this fundamental issue depends on the implementation of a number of basic requirements. In particular, the targeted and institutional cooperation of the States’ representatives before the European Court of Human Rights with parliament, courts, other state authorities and civil society organisations in the scope of execution of ECtHR judgments, is important. In that regard, the Agent’s website become one of the important tools that will make the international documents on human rights more accessible, and the mechanisms of legal protection provided by these documents – available to the citizens. This will raise awareness and promote effective functioning of human rights protection mechanisms. This will increase the level of targeted and institutional cooperation with the execution of judgments. 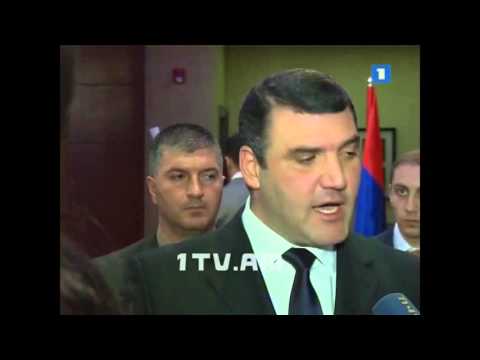 Welcoming Remarks at the Project on Combating Ill-treatment Launch

On September 30 the official launching event of the Project on “Supporting the criminal justice reform and combating ill-treatment and impunity in Armenia” took place. The event was attended by Gevorg KOSTANYAN, the Republic of Armenia Government Agent before the European Court of Human Rights, the Prosecutor General, Arpine HOVHANNISYAN, the Minister of Justice of the Republic of Armenia, Piotr ŚWITALSKI, the Head of the Delegation of the European Union to Armenia, Natalia VOUTOVA, the Head Armenia Council of Europe Office in Yerevan. The aim of the project is to strengthen the protection of the human from any form of violence.  The Prosecutor General has highlighted that the Republic of Armenia is one of those countries that has a constitutional torture (or any form of ill-treatment) ban. Gevorg KOSTANYAN has mentioned “The absolute ban on use of torture is also stipulated in the Criminal Procedure Code and many other legal acts. Within the framework of combating torture the amendments of the RA Criminal Code following to which the legal formulation of the corpus delicti of torture has been amended and fully brought in line the UN Convention against Torture, are of high importance.” (Gevorg KOSTANYAN Speech in full.) 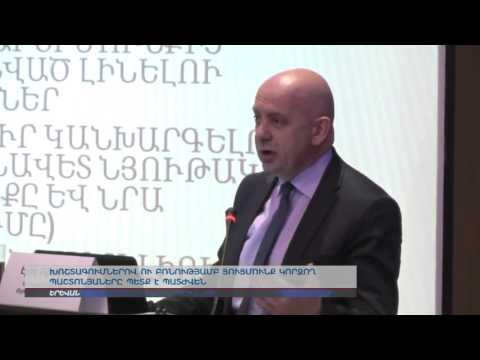 Prosecution should be transparent for media: Armenia’s Prosecutor General

The Director General of the Council of Europe’s Directorate General of Human Rights and Rule of Law Philippe Boillat congratulated Gevorg Kostanyan on the ocassion of the appointment and expressed his hope that they will implement efficient work with the Republic of Armenia.

The session is attended by the delegations from about 40 countries. The plenary session of the Consultative Council of European Prosecutors will last for two days – from October 8 to 9.